Blog
Go to all Articles

Luhmann’s Zettelkasten — A Productivity Tool That Works Like Your Brain 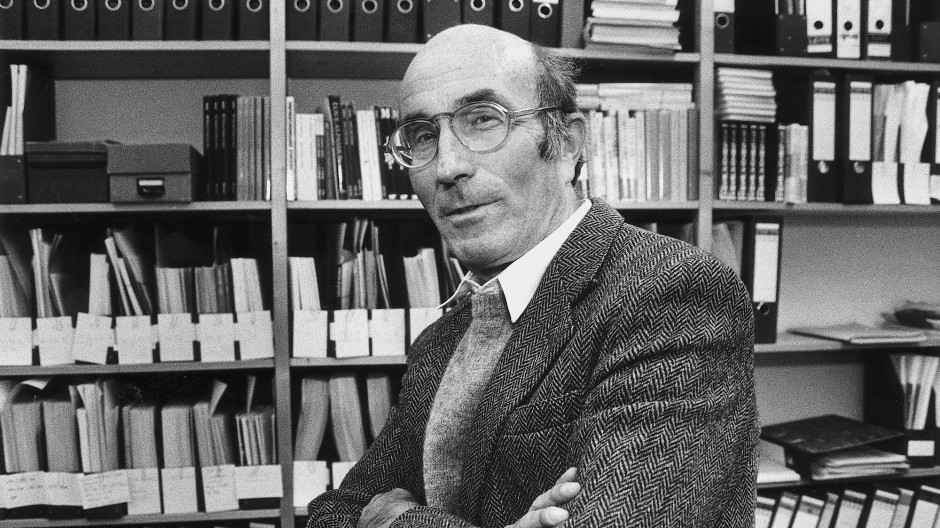 Niklas Luhmann was a german sociologist and system theorist. Born in Lüneburg, Germany in 1927, he spent most of his life studying the socio-ecologial structure of societies, being one of the most important scientists of the 20th century in this field. Furthermore he is considered to be one of the most productive scientists yet. In his career, he wrote about 60 books and other documents without the help of assistants. An impressive amount of publications.

How could he be so productive and how did he manage to keep track of his knowledge? After reading this article you will know how he did it and how you can implement his method for yourself.

Luhmann used the Zettelkasten ("slip-box") to sort his mind. A simple but powerful tool for organizing information and thinking. Luhmann claimed that the Zettelkasten is responsible for his productivity. His Zettelkasten contains about 90.000 cards and now belongs to the University of Bielefeld after they bought it from Luhmann's children. You can take a look at it by visiting the universities website. They have digitized the whole Zettelkasten.

A Zettelkasten (die Zettelkästen in plural) is a methodology for thinking in writing. It combines note taking while reading, personal thoughts and a bibliographic system.

As a tool, the Zettelkasten is a box (or a box of boxes) to hold index cards or slips of paper ("Zettel"). Each card holds a piece of information, an index and the source of the information. The index can be an ongoing number, the date and time or anything else you can use as a unique identifier. The information is a short note in most cases and should be limited to a few words or sentences. The size of the card helps to keep it brief. Drawings and other forms of information can be used too. 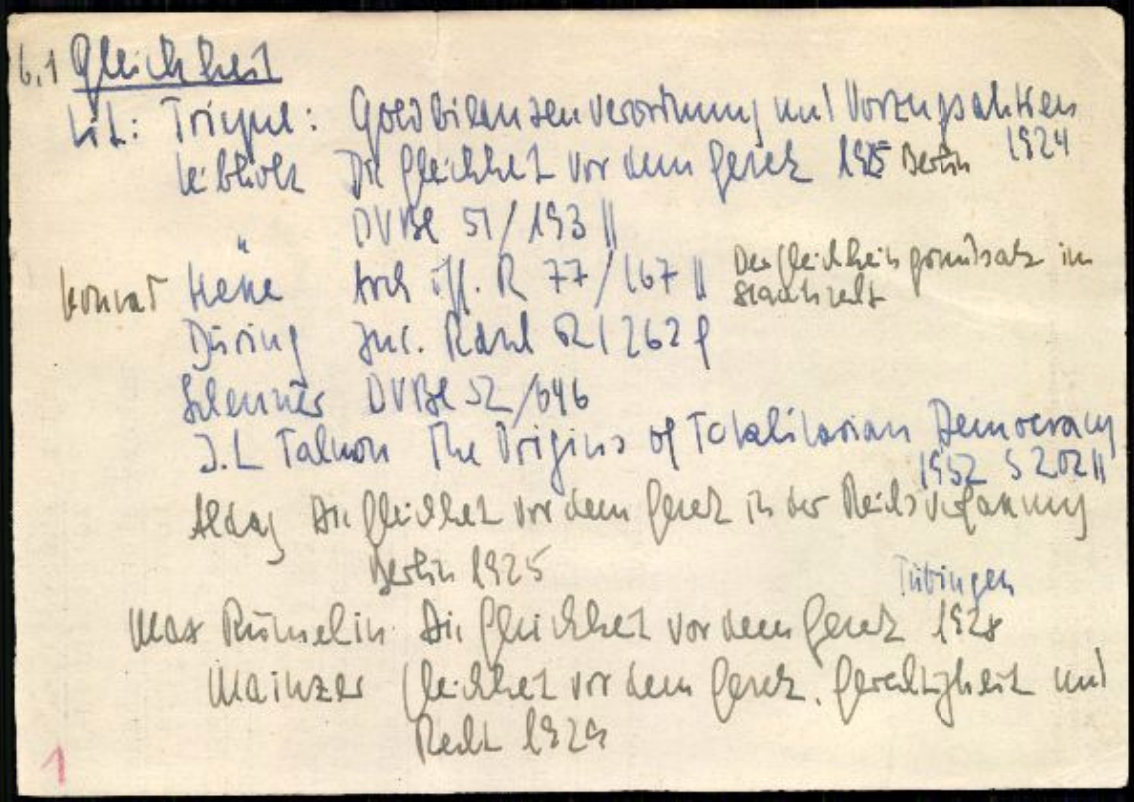 An example of a Zettel about Gleichheit ("equality") taken from Luhmann's Zettelkasten.

The cards are then arranged in boxes. Each box contains a set of cards that are related to each other. The boxes are labeled by a broader topic or a time period, depending on what you're writing, like a history book for example.

Inside a box, cards can be organized further by placing tabs with keywords in between, so that you can look up cards more easily inside large boxes. Luhmann did not use tabs. 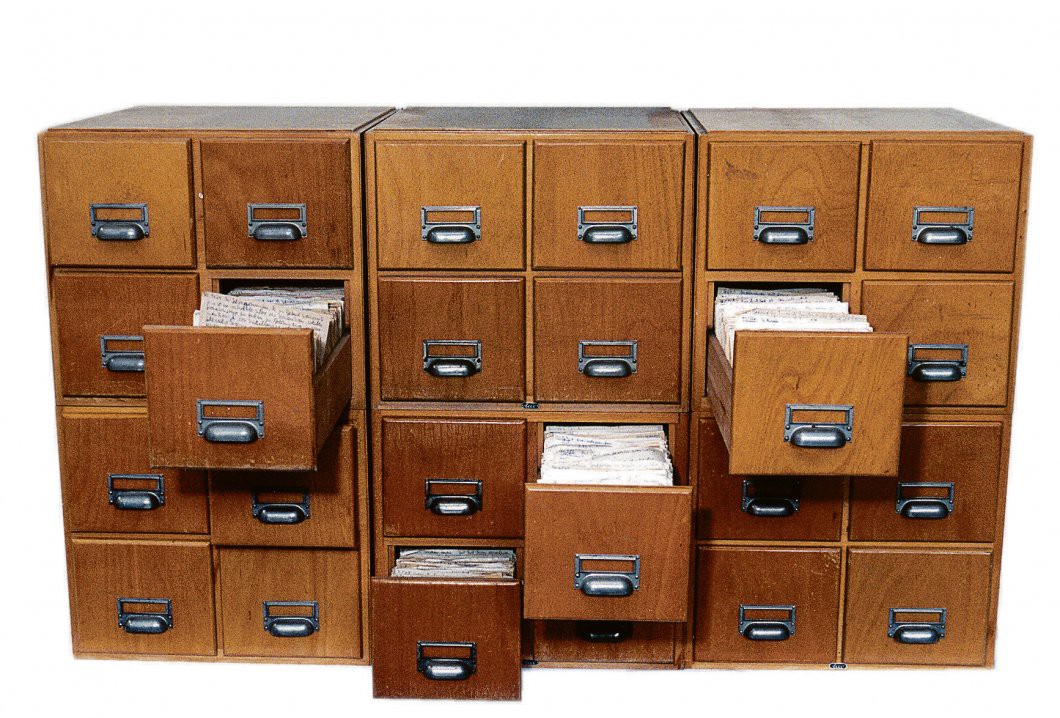 Luhmann's Zettelkasten at the University of Bielefeld.

As you fill your Zettelkasten, you will add more and more cards. To unleash its full potential, cards must be linked manually by using the box label, keywords and the card index you're referring to. Cards can be linked with none, one or multiple other cards. To connect them you will have to search and traverse the Zettelkasten's structure a lot, which is part of its design and brings some of the key benefits.

The process of linking cards is intended to work similar to your brain. By connecting lose dots of information you create interconnected clusters of knowledge which emphasize the importance of an information based on the number of connections. It also helps you to remember where you can find a piece of information. Interlinking information accelerates lateral thinking and the overall value of your Zettelkasten. The limited size of a card encourages knowledge to be developed by its connections rather than its content. If it's not linked strong enough, it might get lost, which means it was probably not that important. Once you've written down an information or thought and linked it to relevant cards, you can drop it from your mind and come back to it later. The thinking in writing allows you to resume and pick it up again where you have left it.

Here is a quick summary of the parts:

Working with your Zettelkasten

Luhmann once said that if you would use some sort of structure (like the table of contents in a book for example), you commit to a fixed sequence which affects your thinking and limits the possible paths your knowledge base might take. This is why the indexing system you chose is important for the expandability of your Zettelkasten. It is crucial to be flexible when assigning new indexes, to insert a new card between two existing cards for example, while retaining meaningful indexes. The index system is the back bone of your Zettelkasten.

So, what is a good indexing system? Luhmann used hierarchical indices, which allowed him to add new cards everywhere in his structure and keep them in order at the same time. We start with a very basic Zettel structure, containing just three cards.

As you can see, the cards are provided with a consecutive number. If we would like to go into more detail on card number 2. We could do that by adding card number 2a and continue the row with card number 2b, 2c and so on.

Adding more detail to the Zettelkasten.

In case we now would like to go into more detail on one of the deeper cards, we just start over with a new sequence beginning at 1. This could go on forever if you so desire. In the end, we have a structure that provides a quick and relatively small overview of our knowledge base, but goes into detail if you follow a path. The structure can also be flattened to create a flow of information that can be written down in a book, for example.

Note that the cards of your structure might be spread across multiple boxes. The cards that are part of a box and don't have a parent card are good starting points of your investigation. A Zettelkasten can also surprise the creator himself and perhaps bring to light links that he would never have thought of.

To start your own Zettelkasten, you can use a physical one just like Luhmann did or use a digital implementation. A software solution has the advantages that it saves space, is portable and you can collaborate with people.

I would like to show you how you can create a Zettelkasten using Emvi. Emvi allows you to work on your Zettelkasten online, take it everywhere and collaborate on your knowledge base in real-time. It has a fairly similar structure to a Zettelkasten, which allows you to get started quickly. The search and filter functionality helps you to traverse information and create connections.

A few of the terms are used differently here. Cards are referred to as articles, while boxes are replaced by tags to group them by a broader topic.

Let's take the structure from above as an example. First of all, create an organization for your Zettelkasten.

Now we create three articles, I will use the separation of powers as an example. 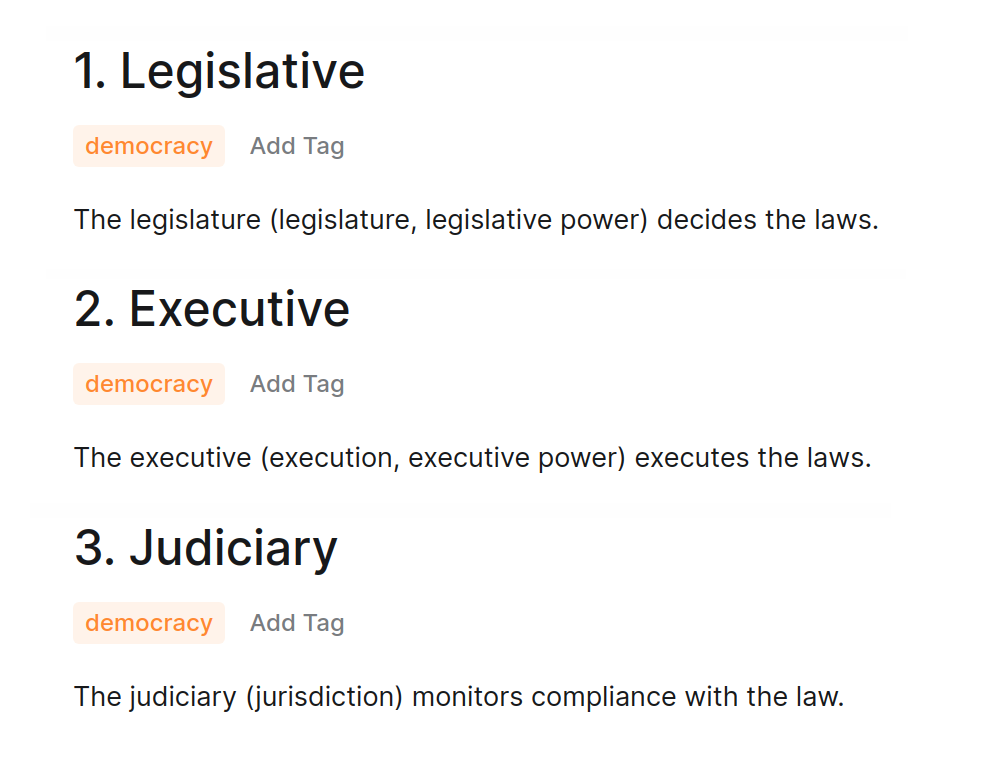 As you can see, they have a number in their title as an index. I've also grouped all three articles by adding democracy as a tag. They all belong to the same box in this case.

We can now go into more detail on the executive by adding the police as an example.

The index, just like in the example above, now refers to index 2 as it's parent article and I've added the source of information. To link it, we can add a reference inside the executive article.

If you now update the police article and change its title, the reference in the executive article will be updated too. This keeps information relevant and organized. If you would like to flatten this information, you can create an article list for it.

From here on, it's about adding more information and using your knowledge base. You can search through it by following the links, the index structure, the tags or use the powerful search engine.

Now that we have learned how the system works, it can be applied to larger knowledge bases. If you have problems with your team or your company to collect, structure and find documents of your daily work, give Emvi a go.